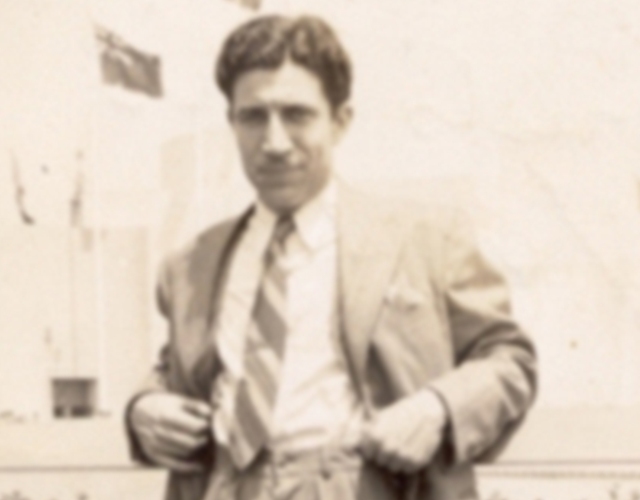 My grandfather’s family emigrated to the United States in 1913, along with the millions of other Italians who began arriving here in large numbers around 1900. The red star on the map below shows the location of Valguarnera Caropepe, Sicily:

After being processed through Ellis Island, the family settled initially in Lower Manhattan. Liborio would have been around six years old when they arrived in New York. He went to school for a few years, but as the oldest son, he was expected to help support his parents and siblings (by this time there were five children), and so at around age 12 or so he hit the streets looking for work. According to my grandfather, he did a lot of odd jobs, from selling rags on the streets to working in a doll factory, sandpapering the dolls’ faces. Eventually Liborio became a “presser” in New York’s garment district, where he met and fell in love with a beautiful seamstress – my grandmother, Mary Ficarrotta.